Before the NICU - Things I Wish I'd Known

>Home >Blog >Before the NICU - Things I Wish I'd Known

As an approved essential business, we're here through all Covid alert levels so you can still get what you need for your baby - orders are shipped daily.  If you're in NICU our thoughts are with you, please reach out if we can help in any way x 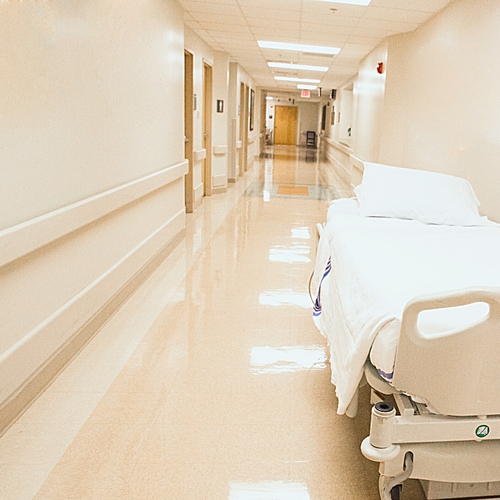 I was in hospital for a week before my premmie was born, for most of that time I held onto the little bit of hope that I’d be discharged and could wait out the last few months of my pregnancy at home. It may seem weird but during that week I didn’t ask Dr Google about outcomes and complications, learn NICU terminology or read other mums’ stories about their early babies. Despite the nurses playing us a DVD about the neonatal unit, it still felt completely surreal (and pretty much impossible!) that our baby was about to arrive three months early. My ante-natal classes weren’t scheduled to start for another month, everyone else I knew had their babies after 37 weeks and I hadn’t known what a NICU was until the day I was admitted! Occasionally in the delivery suite one of the midwives would ask if I was ok or if I had any questions, but in my state of denial (self-preservation, perhaps?) I found it hard to even imagine what might be ahead for us.

At 26+2week’s gestation our tiny boy made his entrance to the world and we discovered the NICU - our baby’s new home until he grew strong enough to leave with us. Our premmie was our first baby, which in some ways was a blessing because we had no expectations of what it was like to have a ‘regular’ newborn, let alone a fragile little baby that would need months of intensive care. As a first-time NICU mumma though, I wish that someone had told me a few things about what I was about to experience:

You’ll be an emotional mess and that’s completely ok! On the good days it seems like everything is under control, the next you feel like you couldn’t possibly make it through. It’s normal to be scared of what may be ahead, to grieve for the last few months of your pregnancy and the birth plan you never got to experience, and to even feel guilt over your baby being born so early - always remember these words: This was not your fault! It’s difficult seeing and hearing babies nearby, passing other mums in the maternity ward, and you’ll probably feel a bit jealous of those that have healthy full termers.  At the same time it’s ok to be happy and excited that your baby is here, not to mention being incredibly proud of your little fighter! Having your baby in NICU is a traumatic experience, so be gentle with yourself and allow yourself time to process those emotions instead of bottling it all up. Keep a diary, talk it through, ask the nurses or social worker if there’s counselling you can access.

It’s never a straightforward journey. There’s a pretty common saying that ‘NICU is two steps forward and one step back’. Look for the good moments, take plenty of photos, and celebrate each milestone because they’ll keep you going through the tougher ones. Even though my baby was relatively healthy for his gestation there were plenty of bumps along the way. On the days when he wasn’t coping very well there were signs that he was improving in other ways, like gaining a few more grams or maintaining his temperature. It can seem like slow progress, but all those tiny achievements are steps in the right direction – it just takes time!

The day you go home is a really tough day. Of everything you experience, the day you’re discharged is probably going to be right up there with the worst of them. After nearly 2 weeks of hospital food and sleepless nights surrounded by new mums and their crying babies, part of me was longing to be back in my own home, but at the same time I still should have been almost 27 weeks pregnant. Even though in the back of my mind I knew that I’d soon be discharged, nothing prepared me for that afternoon. Walking out of the NICU without my little baby was gut wrenching. I had my bags and my husband by my side, but a huge part of me was lying in an incubator and with every second I was getting further away. I barely held it together on the walk to the car, then bawled my eyes out for the drive home and most of that evening. Of course I had the unit’s direct phone number and could call at any time of the day or night to check on my baby, but it wasn’t the same as being a 2 minute walk away down the hospital corridor.

Take care of yourself, and ask for help. I actually had no idea that after our baby was born I’d need to express every 3 hours for the next 12 weeks, and keeping up with this routine is bloody hard work! Expressing seems like it’s one of the few things you can do for your baby but it didn’t take long for me to become completely exhausted. By the time I dragged myself out of bed, got the pump, expressed, cleaned everything up and put it back in the steriliser I was lucky if I got 2 hours’ sleep before starting all over again. On top of becoming a milk-making machine, the usual household stuff like grocery shopping and cooking dinner still needed doing, with cleaning and the laundry piling up in the meantime. Simple things like having some ready to heat dinners are a life saver so if anyone offers to drop off food then take them up on it, and unless you’re down to your last pair of clean underwear then the washing can probably wait another day. It can be hard letting things go but you really need to put yourself first and rest – don’t be like me and end up with shingles!

Being a NICU parent doesn’t stop after discharge. When you’re in the unit your goal is making it home, but bringing your premmie home isn’t the same as coming home with a healthy newborn. Our boy was discharged in autumn along with low flow oxygen - which was a last minute change of plans as he’d already been completely off O2 in the unit. For the first two years premature babies are at high risk of re-admission for lung infections, so we basically spent his first winter in isolation to try to keep him healthy. After he was weaned off the oxygen, he still had follow ups scheduled with the paediatrician, child development therapist, and hearing and eyesight checks. Thankfully over the next two years he was discharged from all his specialists, but his early start to life will always stay with us.

I truly believe that you can never be fully prepared for the NICU. It doesn’t matter if you’ve had a week or a months’ notice, or even if you’ve been through it before, all babies will have their own unique challenges to face. If you’re just starting on this journey, it’s probably one of the hardest things you’ll ever have to do, but you CAN do this. Take each moment as it comes and remember that your time in the neonatal unit won’t last forever!