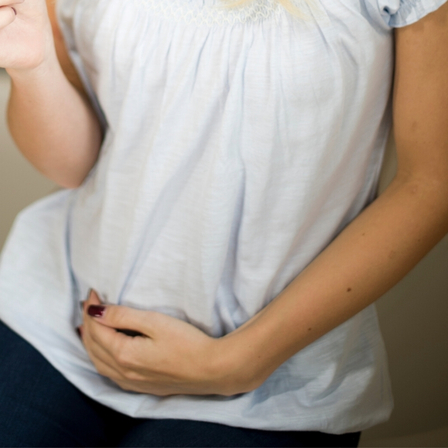 As many of you know Ethan was born at 26 weeks, but trying for our second baby was far tougher than I could have ever imagined. I’m sure most (if not all) NICU mums and dads have a deep sense of fear when it comes to having another baby. We know the pain of watching our babies fight to survive and would give absolutely anything to avoid going through that again. I never wanted my kids to be far apart in age but the possibility of another 3 month NICU stay made us wait, thinking it would be easier for us to cope if Ethan was a little older.

The first time around it took nearly a year to conceive so I was shocked to get a positive test just a month after we started trying. Nervous but excited, I quickly called my midwife to schedule her in for baby number 2! On a Friday afternoon we headed in for the 8 week ultrasound, blissfully unaware of what was about to happen. In the darkened room and with hushed voices, we learnt there was no sign of our baby or a heartbeat, all while our toddler Ethan sat on my husband's knee happily looking through a picture book. The technician seemed confused and thought I must have gotten the dates wrong, so she told us to wait and talk to my GP the next week. We left the clinic without answers or that treasured  image from what should have been our baby’s first scan. Over the weekend I spent far too many hours trying to make sense of it (I was really certain of those dates!!), so I anxiously searched for answers on Google, reading up about all sorts of possible scenarios yet still clinging to the hope it would be ok.

My doctor called on Monday with a referral for a blood test to check my hCG level (that's the pregnancy hormone). She’d seen the scan results and explained it was possibly something called a molar pregnancy, but in her 30-ish years of being my GP she’d never had a patient with one so it was extremely rare. I promptly asked Google and my heart sank as I read through clinical definitions and personal stories, it turned out that molar pregnancies are complicated and never have a happy ending. The next day my blood test confirmed it, with a very high hCG level of 263,000 and a bunch of blobs on my ultrasound, I had a complete molar pregnancy.

If you’re reading this because you’ve had a molar pregnancy, I’m so sorry for your loss and everything you’ve had to endure. If you haven’t heard of it before, this is a basic explanation:

Molar pregnancies are sometimes called hydatidiform moles, occurring in approximately 1 in 1,000 pregnancies. There are two main types and they come under the group of Gestational Trophoblastic Disease (GTD). A partial molar pregnancy usually has 3 sets of chromosomes (triploid), the baby starts to develop but the pregnancy isn’t viable. For a complete molar pregnancy the chromosomes are diploid, having no chromosomes from the egg but double from the sperm. It forms a bunch of cells which continue to grow and gives the illusion that you’re still pregnant. In extremely rare cases a molar can exist alongside a twin, usually the pregnancy will have serious complications and isn’t able to make it to full term. Some molar pregnancies can become persistent (Gestational Trophoblastic Neoplasia), or develop into a malignant cancer called Choriocarcinoma.

The complete molar pregnancy (CMP for short) explained my rapidly growing ‘baby belly’ and extreme morning sickness, despite taking the maximum dosage of anti-nausea meds all I could keep down was plain white toast, steamed rice and water. At 9 weeks I looked like I was well into my second trimester and couldn’t button up my pants, I hated having all the pregnancy symptoms but knowing that instead of a baby a huge bunch of cells were taking over my body.

My first appointment was at the hospital where we met with my lovely gynae nurse Susan. She outlined what was to come, a couple more checks and surgery (because otherwise the molar tissue would just keep growing), and then she'd contact me each week until I was in the clear. One final ultrasound and my D&C was quickly scheduled - that day couldn’t come fast enough!

Following the D&C I needed weekly blood tests for a minimum of 8 weeks. Testing hCG is the best way to monitor the molar cells, your level needs to get back down to zero as quickly as possible and any increase is a sign the cells are growing back. Complete molar pregnancies have about a 20% chance of becoming persistent GTN and spreading like a cancer, if that happens it takes chemotherapy to destroy them. I hoped like anything I would not be in that 20%. Every week I went for my blood test, waited for my nurse to call with the result and noted down the number.  From starting at well over 250,000 it was dropping quickly – 4,500 – 1,400 – 650 – I was smashing out big drops and made it all the way down to 210! Then Susan rang with my next result and it was bad news, my hCG had gone back up to 310.

The next few weeks were a whirlwind, appointments with a gynae oncologist and a whole lot of extra tests. There were chest x-rays to make sure my lungs were clear and to use as a baseline, a full body CT scan and another ultrasound to look for re-growth. Nothing was found, so wherever those cells were hiding they were still small and hopefully wouldn’t need too many rounds of chemo. I say hopefully, but by now I was preparing for the worst case scenario because luck certainly wasn't on my side! I was going to start on low-dose methotrexate, each round being a cycle of 8 days on, 6 off. From the time my hCG reached 0 I’d then need 3 precautionary rounds just to be certain it was gone. All this time I kept track of my numbers creeping back up, reaching 4,100 in the 3 weeks before the chemo began.

Each day I made the trip across to Auckland hospital with Ethan, he loved charming the staff and was a good distraction while the nurse jabbed the small syringe into my upper thigh. The chemo itself was relatively OK and I had minimal side effects. I managed to get off pretty lightly, after only 2 rounds my hCG hit negative so after a total of 5 rounds I was finished.

Emotionally, I was a wreck. Who would’ve thought that a pregnancy could actually be a random mass of cells, which tricks your body into believing it’s growing a baby until a scan reveals the truth. From the day I got the first positive pregnancy test I had hopes, dreams and plans for this baby and all the future would bring. Sure, I was a bit anxious that bubs might arrive a few months early like Ethan had, although with the care of the high risk team I should get a bit closer to term. But in just a couple of weeks my happiness of expecting a baby had been crushed, replaced with the pain of discovering this rare condition that might even become cancerous. Because of possible complications I wasn’t supposed to get pregnant for a year after having chemo - ripping apart my dream of our two children growing up close in age.

As someone who would frequently pass out during blood tests, I’ve now had so many that I can just look the other way, instead going to the lab to get tested became the toughest part. Most of the time there’d be least a couple of pregnant women in the waiting room, then I’d be asked if I was pregnant before confirming my details and getting on with the blood draw. Now I don’t have any medical qualifications but seriously, do they have to ask about it when my form is clearly marked with ‘Tumor hCG’? And it wasn’t just a few blood tests either, the follow-up schedule for GTD meant a whole 5 years of testing lay ahead.

It seemed everywhere I went there were painful little reminders of what I should have had. Old friends and workmates would ask when I was planning on having a second baby, meaning well but not realising how much those questions and comments hurt. As much as I wanted to tell them (or run away in tears) it was easier to make up a simple reply like “oh, not quite yet” then quickly change the subject rather than attempting to describe what I’d been through. Miscarriage is taboo enough, but molar pregnancy is quite a complex thing to explain, plus I'm pretty sure no-one is prepared to have that conversation in the middle of KMart!

Everything about a CMP messes with your head, how cruel and unfair can life be?! I didn't feel like part of the baby loss/miscarriage community because technically it wasn't a real baby, but in my heart that's what I'd lost. The thoughts kept me awake and most nights I’d end up sitting in the lounge with a big box of tissues, crying so hard that I could barely breathe.

That first year after chemo feels like an eternity. Social media becomes a minefield - you never know when you'll open your phone to discover a pregnancy announcement, someone welcoming their baby to the world, or simple photos of friend's babies that would've been close in age to your own. Even though you do feel happy for them, each post is another reminder of what was taken from you and how long you still have to wait before you can begin to try again. Despite 1 in 4 pregnancies ending in miscarriage, and there being many couples needing the magic of science to help them have a family, it's so easy to feel alone.

After one molar pregnancy the possibility of having another is increased, or the molar cells can even start re-growing because they can be triggered by a new pregnancy. It’s only a very small chance, but after going into labour at 25 weeks with my first, then having a CMP for my second, I know that a healthy, full term pregnancy is far from guaranteed.

“Life is tough, my darling, but so are you” – Stephanie Bennett-Henry

In the year following chemo I launched Small Babies – my business kept me busy and gave me something to focus on. After making it through the CMP and then managing to have a successful pregnancy I’m now a mum of two boys, albeit with nearly 4 years age difference! I’m so thankful my youngest arrived safely and at full term, he’s a thoughtful and gentle soul who has completed our family.